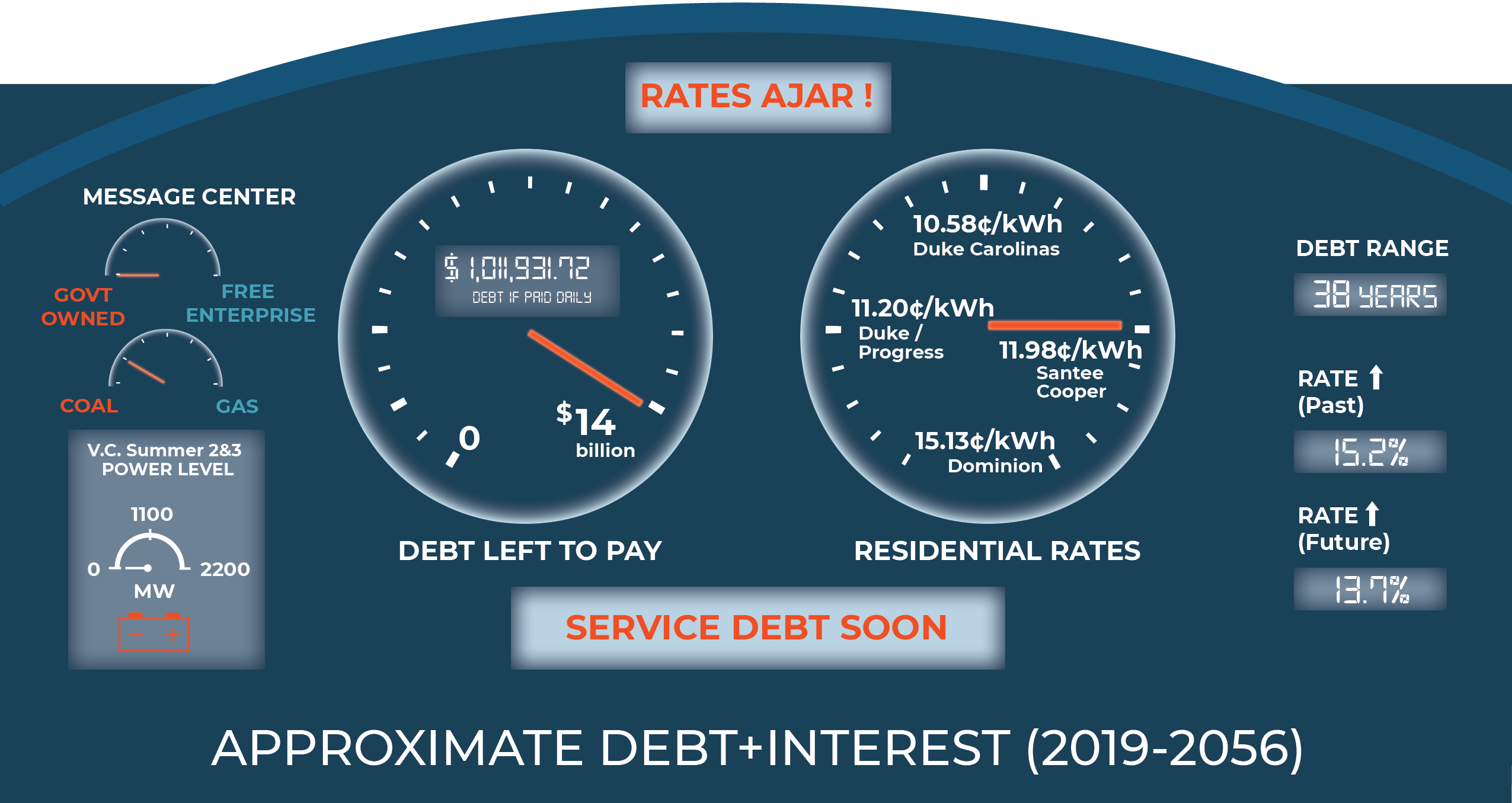 A User’s Manual for the Santee Cooper Dashboard

A vehicle’s in-dash instrument cluster provides its driver with critical information. Here’s Palmetto Promise Institute’s assessment of critical information that all Santee Cooper customers – and all South Carolinians – should know about the state-owned utility.

= Unlike other utilities, Santee Cooper is owned by the South Carolina state government. As a result, the agency is not subject to oversight by the Public Service Commission. = The V.C. Summer nuclear project was anticipated to generate 2200 MW of electricity that will now never be produced, but which Santee Cooper customers are on the hook to pay for. = Santee Cooper owes $14 billion in principal and interest, about half of which is for V.C. Summer debacle. Debt is calculated at more than $1 million per day. = If things remain the same, Cooper customers will be paying off the V.C. Summer debt for the next 38 years, burdening multiple generations of South Carolinians.

= A PPI economic analysis estimates that rates will need to increase a minimum of another 13.7%[vi] to service the debt. Based on Santee Cooper rate projections, increases of 12.2% are needed.[vii] We expect PPI’s higher projections could prove more accurate over time.

[iii] This figure is calculated based on numbers from the Santee Cooper Investor Relations website (December 31, 2018).