If a competitor state were to devise a plan to cripple South Carolina’s ability to deliver quality healthcare, what might that scheme look like?

South Carolina is one of 34 states that has enacted Certificate of Need (CON) laws. CON regulations require approval – on the basis of “proof of need” – from state bureaucrats at the Department of Health and Environmental Control before a new healthcare facility can be built, current ones can be expanded or certain new services can be offered. The barriers above are summaries of what the US. Department of Justice and Federal Trade Commission reported about the effects of SC’s CON laws in 2016.[i]

South Carolina’s first CON law was enacted in 1971. In 1975, as required by the National Health Planning and Resources Development Act (NHPRDA), states were required to enact CON laws or face a severe penalty.[ii] The NHPRDA mandate was repealed by the end of the Reagan Administration, but 30 years later, South Carolina still has CON laws on the books, and it’s the residents of the Palmetto State that are hurt by it.

According to a 2016 study by The Mercatus Center at George Mason University, South Carolina is the eighth most restrictive CON state in the nation, with 20 certificate-of-need laws. (We are tied with Tennessee as the second most restrictive southern state.)

DHEC regulation casts a wide net when defining what kind of healthcare facilities or services require a certificate of need. From hospice and ambulatory surgical centers, to the hosting of MRI and PET scanners, South Carolina’s CON requirements are extensive.

The Reality of the effect of CON Laws

To supporters of them, CON laws are a way to control costs and improve quality, but research isn’t on their side.

The Federal Trade Commission carried out a series of studies in the 1980s both before and after the federal CON mandate was repealed. The FTC found little evidence to suggest that the healthcare market was so substantially different than every other market as to require a CON-like limitation of services. Their conclusion was unequivocal:

“CON laws inherently restrict competition among hospitals by partially supplanting the market mechanism by a regulatory process that constrains the supply of hospital facilities and services. The evidence provided by this study suggests that as states review fewer hospital expenditures through the CON process, hospital costs do not increase.” [iii]

“States with Certificate of Need programs should reconsider whether these programs best serve their citizens’ health care needs…CON programs are not successful in containing health care costs. They pose serious anticompetitive risks that usually outweigh their purported economic benefits.”[iv] 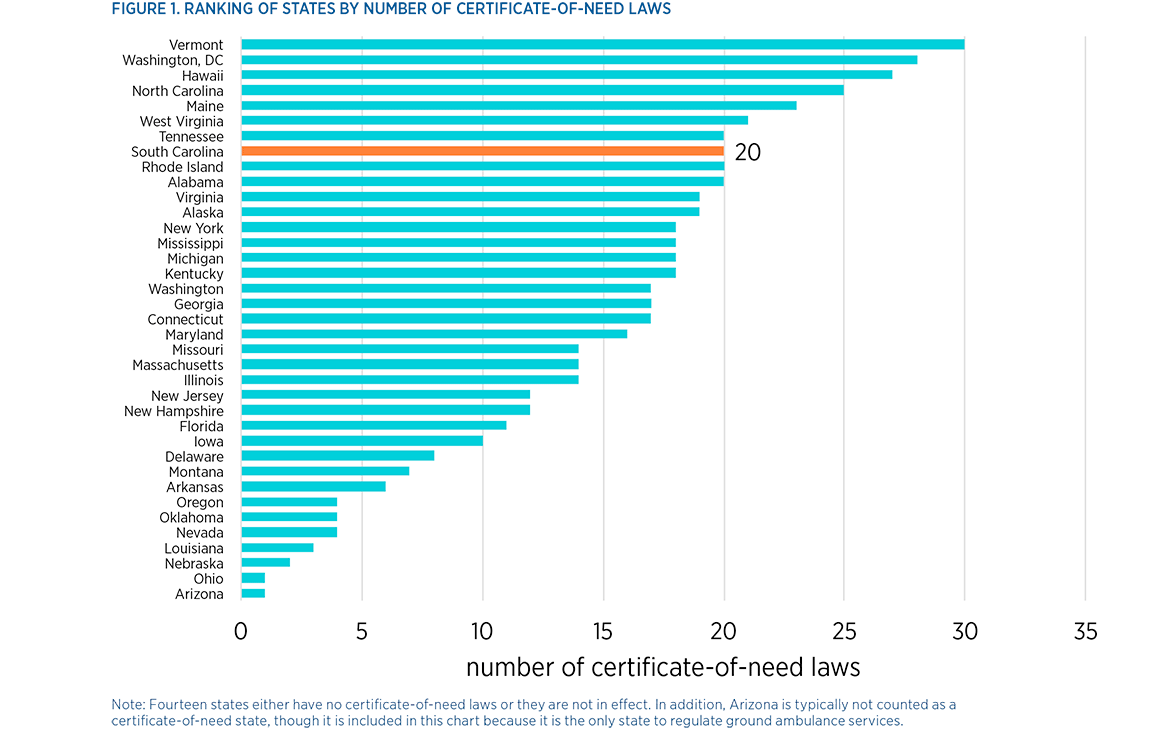 The Heart of the Matter

The bottom line is CON laws don’t work. Instead of preventing unnecessary duplication of services, they prevent needed care centers from being built and expanded (see Fort Mill!). Instead of controlling costs, they crush competition and de-incentivize current hospitals from lowering costs. Instead of protecting low-income families, they harm access to care, especially in rural areas.

The policy proposal to fix this government intrusion is simple: repeal certificate of need requirements.

Though a repeal law passed in the SC House in 2016, the Senate’s scuttling of the law left South Carolina in the same vulnerable position it has been in since 1971. As long as CON laws are on the books, South Carolina will continue to sanction an unruly interference in an already complicated and expensive healthcare market. 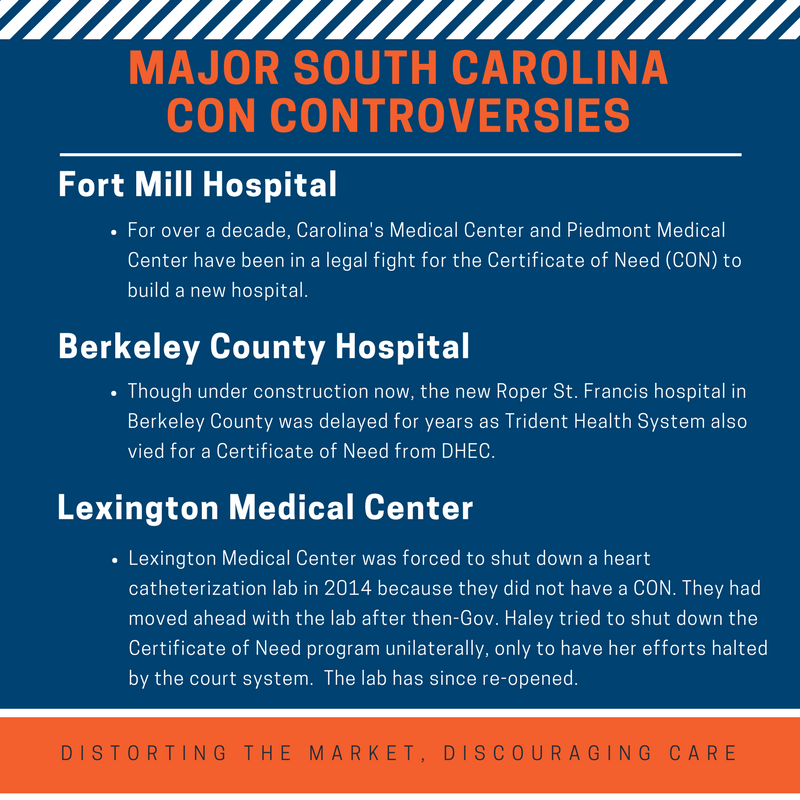 [i] Joint Statement of the FTC and the Antitrust Division of the US Dept. of Justice on CON Laws and SC House Bill 3250