President Trump and House Republicans claimed victory in the Rose Garden last week after the House narrowly passed a revised version of the American Healthcare Act. Euphoria from the right over the ideological “wins” in the bill and blanket criticism from the left are both premature though. Healthcare reform has a long way to go before it reaches President Trump’s desk and the Senate seems poised to start over on the bill.

Thus, now is the time to re-engage in the debate, making clear what should be the bulwarks of American health policy, and by extension, South Carolina policy.

End Medicaid expansion by re-asserting the rightful place of the social safety net: The argument to end Medicaid expansion as it currently operates under the Affordable Care Act is not one of malice toward all things government. Instead, the intention is to return the program to solvency, and most importantly, have it be responsive to the needs of the young, elderly, destitute and disabled.

Returning Medicaid to its proper place in American society as a true social safety net means not allowing it to be overcrowded by individuals who would be better off in the private market. Palmetto Promise Institute’s visiting fellow, Chris Jacobs, outlined how to unwind Medicaid expansion in PPI’s 2017 publication, Unwinding the Worst of Obamacare: 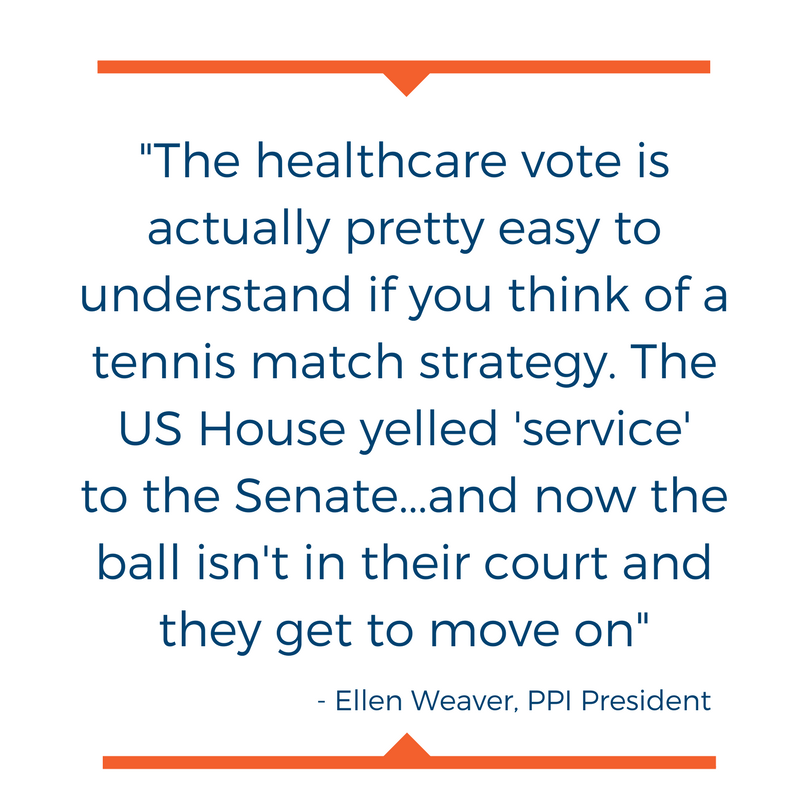 Give South Carolina the flexibility to care for South Carolinians: From the outset, state governors have argued that they can care for their state’s citizens better than bureaucrats in Washington. Any bill that comes out of the Senate should act on these concerns. There are a myriad of ways to empower states: allow states to flexibly spend Medicaid dollars, give states more control of setting insurance regulations, and protect small scale initiatives like Direct Primary Care and Medical sharing services.

If Medicaid becomes a block-grant program, don’t use 2014-2017 enrollment numbers as the base year: There is no guarantee Medicaid will become a block grant program, but if it does, basing funding levels on state Medicaid enrollees since Medicaid expansion went into effect will only serve to discriminate against states that held firm against the budget-busting and disastrous effects of state expansion of Medicaid. In empowering states, Congress should empower them equally.

For now, only one half of one third of government has acted to change Obamacare. There is much work left to be done but adhering to the above principles and those more formally laid out in PPI’s full report should set the debate on the right track.

[i] Chris Jacobs, Unwinding the Worst of Obamacare