Medicaid expansion:
what’s all the fuss?  Isn’t it compassionate to have the government
provide health care for those in need?  And besides – Washington is paying
for it, so isn’t it “free money” for states like SC?  Unfortunately,reality says, “Not so fast!”

This week, we hear the experience of one American soldier with Tricare, a government run insurance program for the military.  He has learned the tough lesson that insurance coverage doesn’t equal care as he
battles narrow network providers, incompetency, miscommunication, and a maddening maze of red tape, bureaucratic hoops and denied care.  If this is the way the federal government says “thank you for putting your life on the
line for our country,” you can only imagine the quality of care those in Medicaid have come to expect… 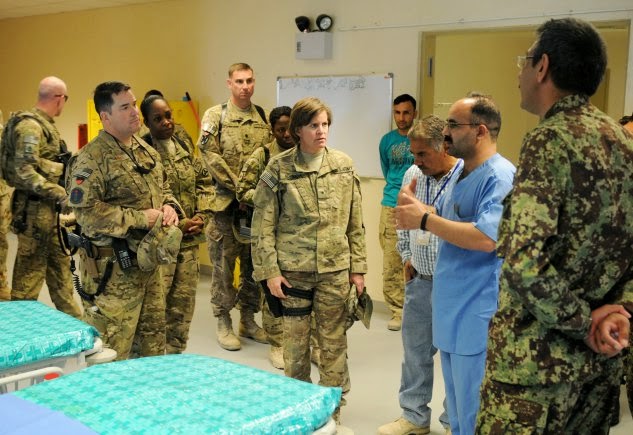 “I am a full-time member of the active duty Army National Guard, and served several tours of duty in Iraq. My experience with federally administered healthcare has been a nightmare.

The first problem I ran into was finding a primary care provider. I have Tricare Prime Remote since I am a full-time active service member in a rural location. The first doctor Tricare referred me to ended up being an Urgent Care clinic, which doesn’t take patients, but sees people like an emergency room instead. I called Tricare back and they gave me a huge list of doctors to call, most of whom said they have never taken Tricare and have told Tricare many times to take them off the network provider list. I then called Tricare again and was given yet another list to choose from. After several calls I finally found a primary care provider and was able to set an initial appointment.

On my first visit to the doctor, I told him about the health issues and pain I have, all of which stem from things that have happened to me during my multiple deployments to Iraq. The doctor told me the issues I am having are serious and need immediate attention. He scheduled referral appointments for me with a neurologist and gave me two different prescriptions which he called into the local pharmacy.

When I went to the pharmacy to pick up my prescriptions, the pharmacist told me that Tricare had denied them both because they needed preauthorization from the prescribing doctor. I contacted both the doctor and Tricare and forms were sent to my doctor to sign and send back to Tricare. My doctor did this and there was no response from Tricare. I called them again and they claimed they had never received anything from the doctor. I contacted the doctor and they sent me the confirmation they had received when they originally submitted the forms back to Tricare, but they agreed they would send them again. Tricare then denied both of the prescriptions saying no generic versions of them were available.

After all of that, I went to my appointment with the neurologist. This was about three weeks after the initial appointment with my primary doctor. When I went to check in and gave them my ID card, they told me they don’t accept Tricare. After working with them and getting Tricare on the phone they agreed to see me. The neurologist talked with me and looked at the notes from my doctor and then set up the test that I needed as well as multiple MRI’s. The front desk set up dates for all of these appointments.

My first appointment was about three weeks after my initial appointment with the neurologist. When I showed up to check in for my testing, the receptionists asked me why I was there. I told her I had testing being done today. She then said, “You mean Tricare never told you that we weren’t going to be able to do the test?” I told her no, I had not been contacted by anyone. At this point I called Tricare again to find out what was going on. They told me I had been referred to a different neurologist and that that had been done over two weeks ago. They told me if I didn’t want to wait I should go to the VA. I asked why I hadn’t been told and they said they would now send me a letter telling me and could also send me an email if I would like.

So as it stands right now it has been around six weeks since my first visit to the primary care provider and I have not been able to get any medications, have any test done, or been able to obtain any follow up on treatment. I can’t even add up all the man hours I have waited on the phone and driving to appointments that I ended up not even being seen. All in all I find it appalling the way I have been treated as an American war veteran. And I can promise you: government-run insurance is no silver bullet.”

South Carolina currently enjoys a dubious distinction: “highest top personal income tax rate in the Southeast.” Our rate is a whopping 7%. Meanwhile, our neighboring states have been on the move to modernize their tax systems. Georgia recently came off pit row and joined the race to lower their rates. Florida doesn’t tax personal income, and Tennessee

The idea that “experts know best” has been so pervasive for so long in certain quarters that senses have been dulled to what real people know to be true. That “tone-deafness” was what shifted ticket-splitting Virginia parents to Republican Glenn Youngkin according to media reports, including (even!) CNN.

Report: How SC can open more opportunities for small farmers

South Carolina lost 441 farms between 2012 and 2017, especially in rural counties. Part of that is surely due to broader trends of market consolidation as well as a slough of untimely droughts and hurricanes – but could outdated and entrepreneurship-killing regulations be contributing too?