Modeled on Florida’s highly successful McKay Scholarship program, ECENC enables special charities, called “Scholarship Funding Organizations” (SFOs), to award grants of up to $10,000 to eligible private schools on behalf of individually qualified children with exceptional needs. Donors to approved SFOs are eligible for South Carolina income tax credits (up to 60% of their income tax liability). There is a statewide annual cap of $8 million in available tax credits. ECENC was passed as a budget proviso in 2013 and officially launched in 2014.

In 2015, the SC General Assembly created the Refundable Educational Credit for Exceptional Needs Children (RECENC). This program provides a tax credit of up to $10,000 directly to the parents or guardians of a child with special needs. The tax credit is called refundable because if the taxes owed by the parents are less than the total credit allowed, they may receive a payment equal to the balance of the unused credit for expenses they’ve incurred. The total cap for this program is $4 million and credits are awarded on a first-come, first-served basis.

Scholarships by the Numbers

With the program launched in early 2014, we are just beginning to see the first data coming in on South Carolina’s tax-credit scholarship. Here is what we know so far: 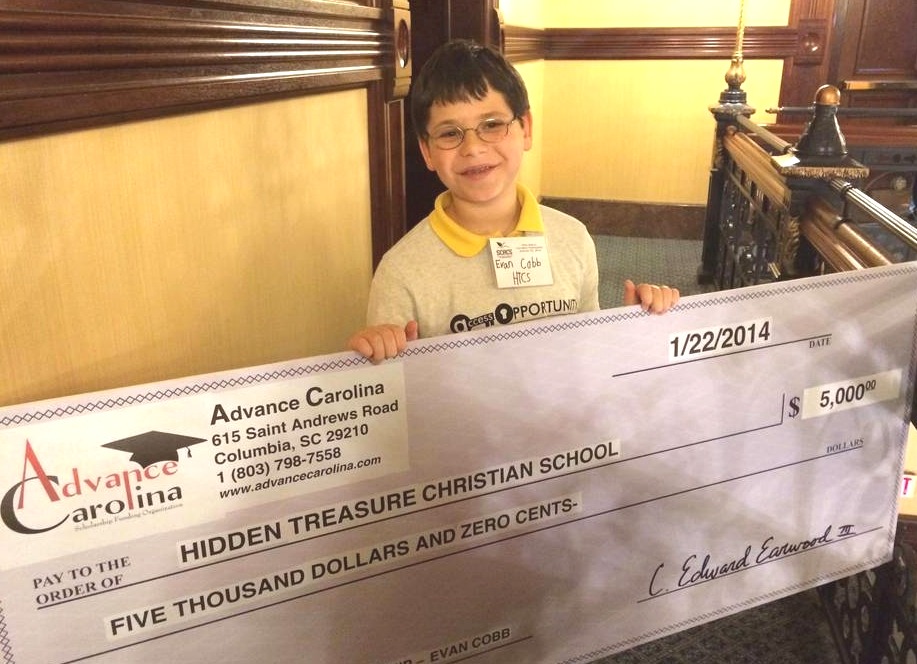 In Evan’s case, even a partial school scholarship and additional tuition supplements still presented a financial challenge to keep him enrolled in the school.

Thanks to the $5,000 check from Advance Carolina – one of South Carolina’s Scholarship Funding Organizations (SFO’s), his parents can send him to Hidden Treasure, the school they are certain is the best place for him to reach his full potential.

“Thanks to Advance Carolina, this will be Evan’s second year at Hidden Treasure,” explained Dorothy Cobb, Evan’s mother. “His skills in math have jumped dramatically so that he is now working on grade level; his ability to function as part of the group in his classroom has skyrocketed,” Dorothy continued, “now he is working on accumulating enough homework points to earn an invitation to the class end-of-year trip to Charleston!”

Evan is a walking, running, breathing, laughing, learning symbol of what Exceptional Needs Scholarships can do.

So what can we expect if we fully commit to our Exceptional Needs Tax-Credit Scholarship? 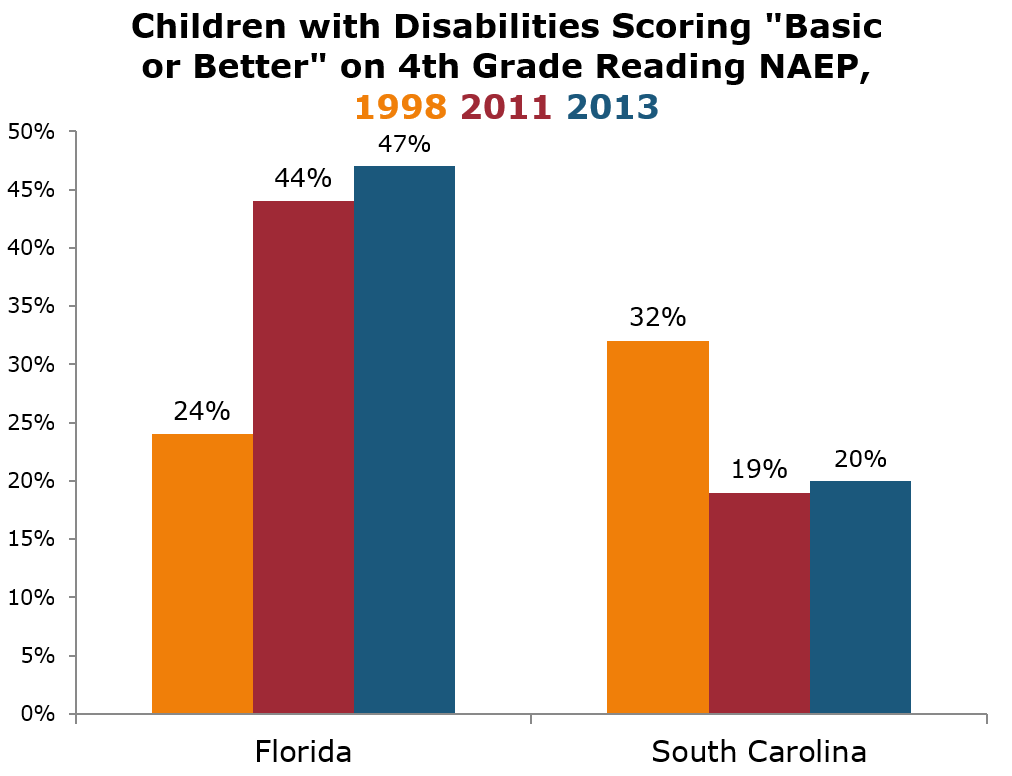 As with a number of education reforms, the Florida experience is instructive. The John M. McKay Scholarships for Children with Disabilities were enacted and piloted in 1999 and expanded in 2000 providing over 130,000 students with scholarships in just the last five years.

As the figure above shows, the results have been astonishing. For 2013, the most recent year for which data is available, 47% of Florida children with disabilities scored at the Basic or better level on the Nation’s Report Card Fourth Grade reading. Over time, the comparison with South Carolina is tragic.

In a more dramatic contrast, using 2003-2011 NAEP data for both reading and math in both fourth grade and eighth grade, students with learning disabilities in Florida showed the third strongest gain in the nation with a 54.3 point improvement. South Carolina students lost 43.8 points, the largest decline in the nation. The newest (2013) data contrast is even greater. While Florida gained 73 points from 2003-2013, South Carolina lost 60 points. These two states are moving in opposite directions at an accelerated rate. But, our fledgling ECENC scholarship program is an important step to begin to stop this decline and open up new opportunity for our students with exceptional needs. 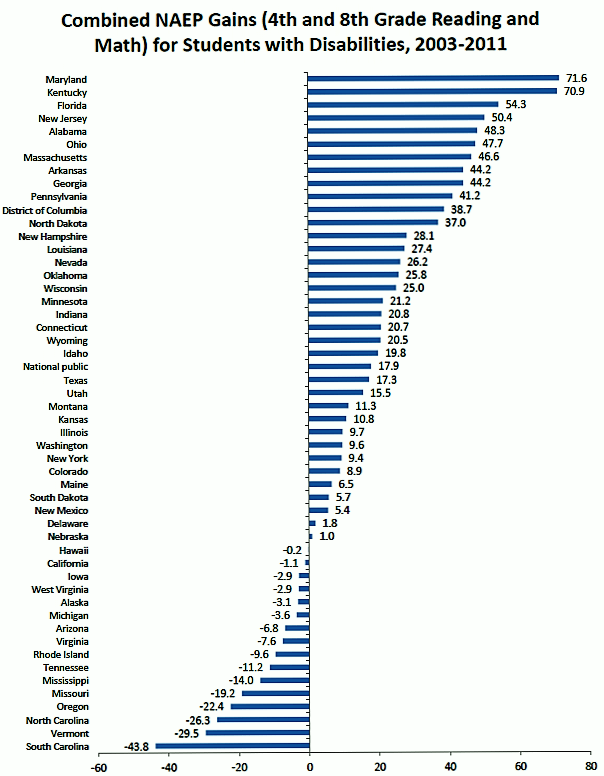 Next Steps for Student Success

How do we continue to improve our ECENC program…and move toward a system of education where every child has the opportunity to reach their full God-given potential?

Most South Carolina families and employers find themselves in a healthcare No Man’s Land: They earn too much to qualify for Medicaid but struggle to pay healthcare premiums that seem to rise every year.

After the V.C. Summer Iceberg – Which lifeboat is safe?

As the South Carolina General Assembly moves ever closer to receiving a report from the state Department of Administration on the future of Santee Cooper, the South Carolina Public Service Authority, it is time for a basic review of the current state of affairs with this state agency and the options available for its future.