Talking about “fiscal health” may not make you the most popular guest at a cocktail party, but the fact is tax rates, spending levels, and debt levels are key to determining if our state is headed for tough times or a prosperous future.

The American Legislative Exchange Council’s annual report looks backwards at gross domestic product, migration statistics, and employment to determine an “economic performance rate”. It also provides an outlook to the future, based on 15 variables such as tax rates, union membership, and the cost of servicing debt.

South Carolina’s economic performance rank is 11th out of 50.

South Carolina’s economic outlook rank is 27th out of 50

The take-away message from this study is that while SC’s economy has rebounded since the recession and people are moving to SC to live and work, the Palmetto State’s economic outlook is hampered by the high progressivity of our tax code and the cost of servicing the state’s debt relative to tax revenue generated.

Ranking the States by Fiscal Condition 2017

In their report, the Mercatus Center ranks the states against each other according to five benchmarks:

Compared to the other 49 states, South Carolina ranks 19th.

According to Mercatus, South Carolina has double what it needs to pay its short-term liabilities, our revenues exceed our expenses by 5 percent, and long-term liabilities are 28% of our total assets. That’s lower than average, but not low enough.

The Palmetto State struggles mightily in the Mercatus study on the trust fund solvency metric. Though the study reflects data that does not include the recently passed pension bill, we’ve explained before how shoveling more money into a fundamentally flawed system isn’t the type of reform we really need. There is no doubt that South Carolina’s pension system continues to be a millstone around the neck of our long-term fiscal health.

Financial State of the State

Data and policy organization Truth in Accounting, differs from the first two studies by broadening the scope of inquiry beyond the Certified Annual Financial Report (CAFR). Consider their introduction:

“Through accounting gimmicks, government officials have been able to hide the true cost of government, playing tricks with the balance sheet and not accurately reporting pension and retiree health care debt.

States sink further into debt while keeping the budgets ‘balanced’ through tricks such as borrowing money to balance the budget, delaying the payment of current bills until the next fiscal year, and inflating revenue assumptions.” 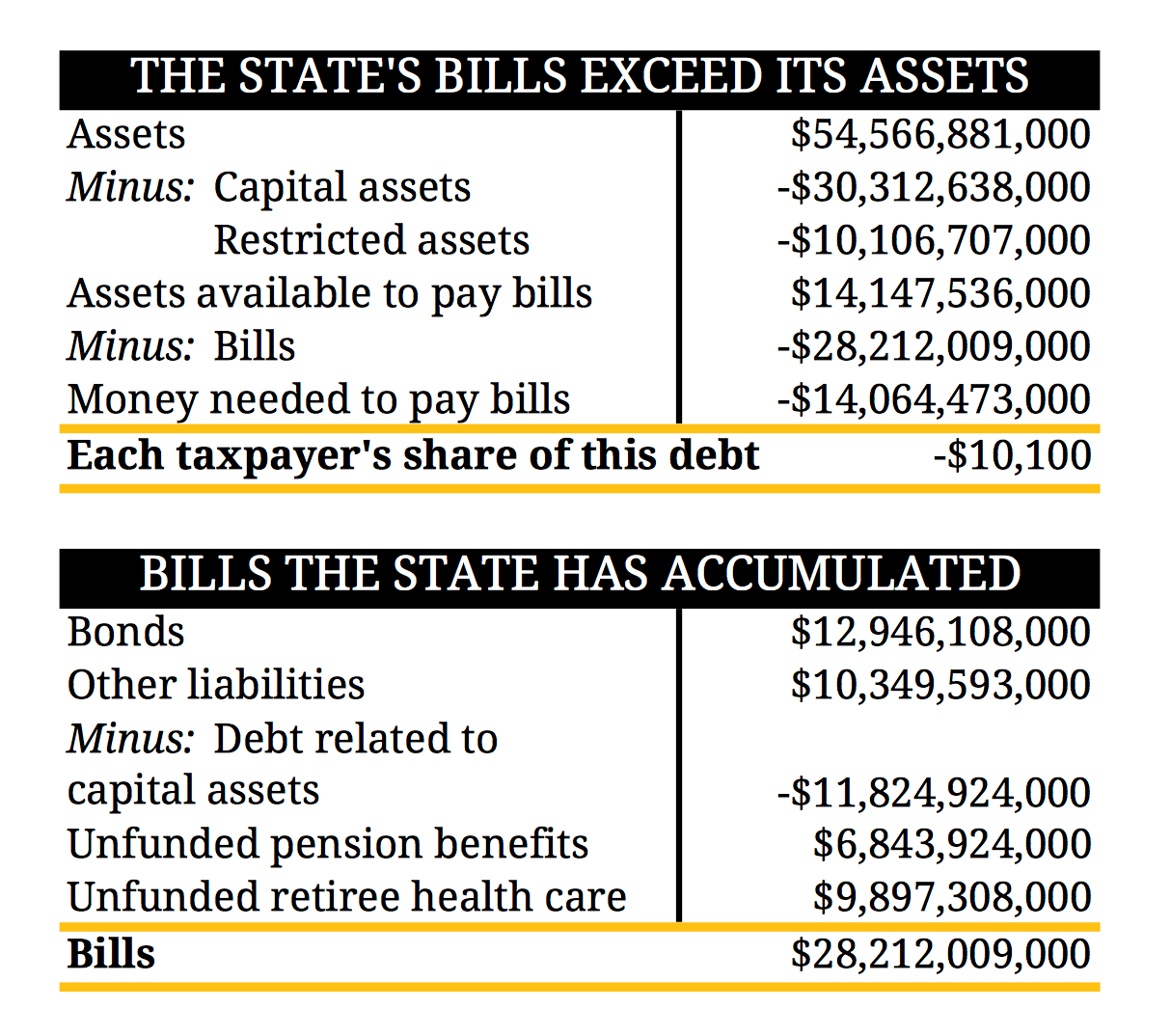 Across the board, South Carolina consistently ranks in the middle of the pack when it comes to fiscal health. Though we aren’t careening toward bankruptcy like Illinois, California, and New Jersey, neither are we in the same financial position as our Southeastern neighbors – and closest economic competitors – like Tennessee and North Carolina.

It is clear that the states that are in the best financial position are the ones with pro-growth tax policies – low rates and a broad tax base that treat citizens fairly and don’t penalize business success. In addition, states that have failed to address long-term debt drivers like pension and health care costs are consistently in a worse position than states that have dealt with these difficult but critical financial issues.

These studies point to what we’ve argued many times before: structural pension reform and fundamental tax reform would not only ensure our fiscal health, but most importantly, position our state for maximum job-creating potential.  And that means more opportunity for more South Carolinians.

Other states are figuring it out…will SC?

Add Pennsylvania to the list of states which have substantively reformed their pension system. Will South Carolina follow the Keystone State’s lead? Though governor McMaster signed a pension “fix” into law this past session, the truth of the matter is that the pension system is unsustainable because of its structure as a defined-benefit model, not

How big is the budget? What are South Carolina’s sources of revenue? Where does all this money go? Consider these charts.