On July 1, SC will plow into Fiscal Year 2017 with an appropriated budget of $27,429,395,307. Governor McMaster issued a veto of $56 million, but the legislature looks poised to wait until January to take up the vetoes, leaving those funds (.21% of the budget) in “limbo” until then. Nevermind that the fiscal year begins in 15 days.

The total budget as outlined by the Conference Committee and adopted by the General Assembly – a sum of federal funds, state general funds and “other” funds (which would include public college tuition payments and taxes on motor fuel for example) – is $1.1 Billion larger than the budget of fiscal year 2016.

Most of the budget increases stem from the public policy battles you’ve no doubt heard about: more money for the state’s ailing pension system and a bigger budget to tackle the state’s crumbling roads. Even after South Carolina said “no” to Medicaid expansion under Obamacare, the South Carolina Department of Health and Human Services – the government agency that oversees SC’s Medicaid program – has been appropriated almost $300 Million dollars more than it was last year. Medicaid is already expanding in South Carolina without Medicaid expansion under Obamacare. 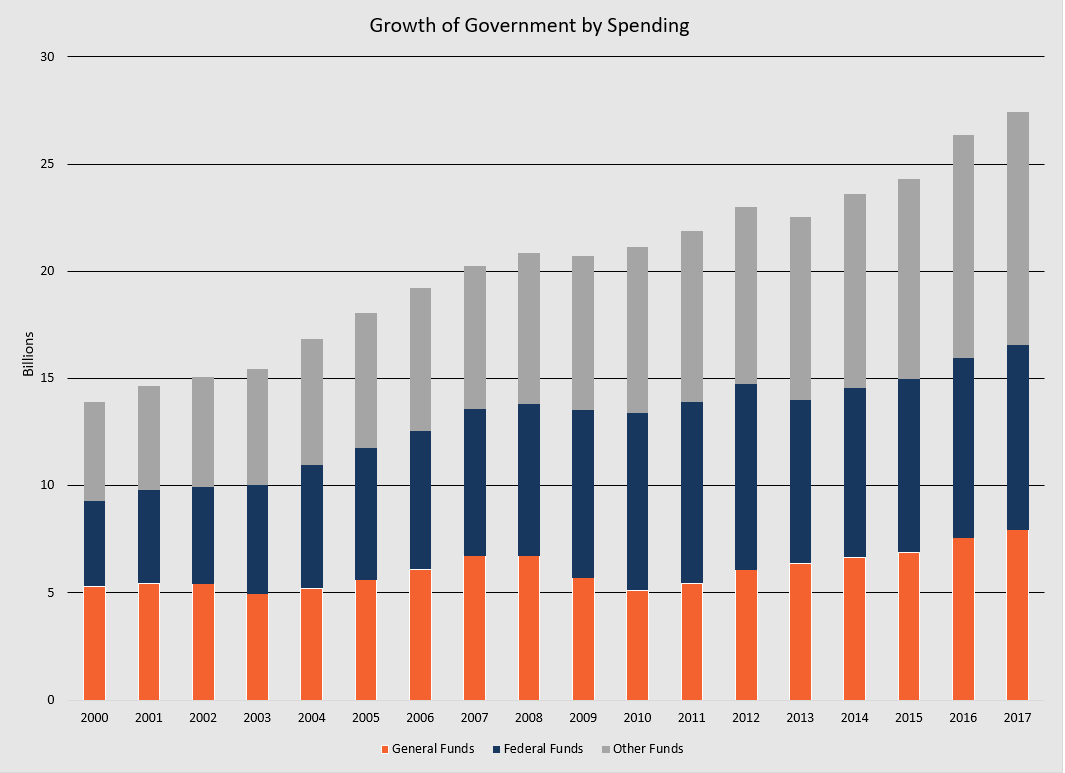 But how much is SC really spending? What are South Carolina’s sources of revenue? Where does all this money go? Consider these charts: 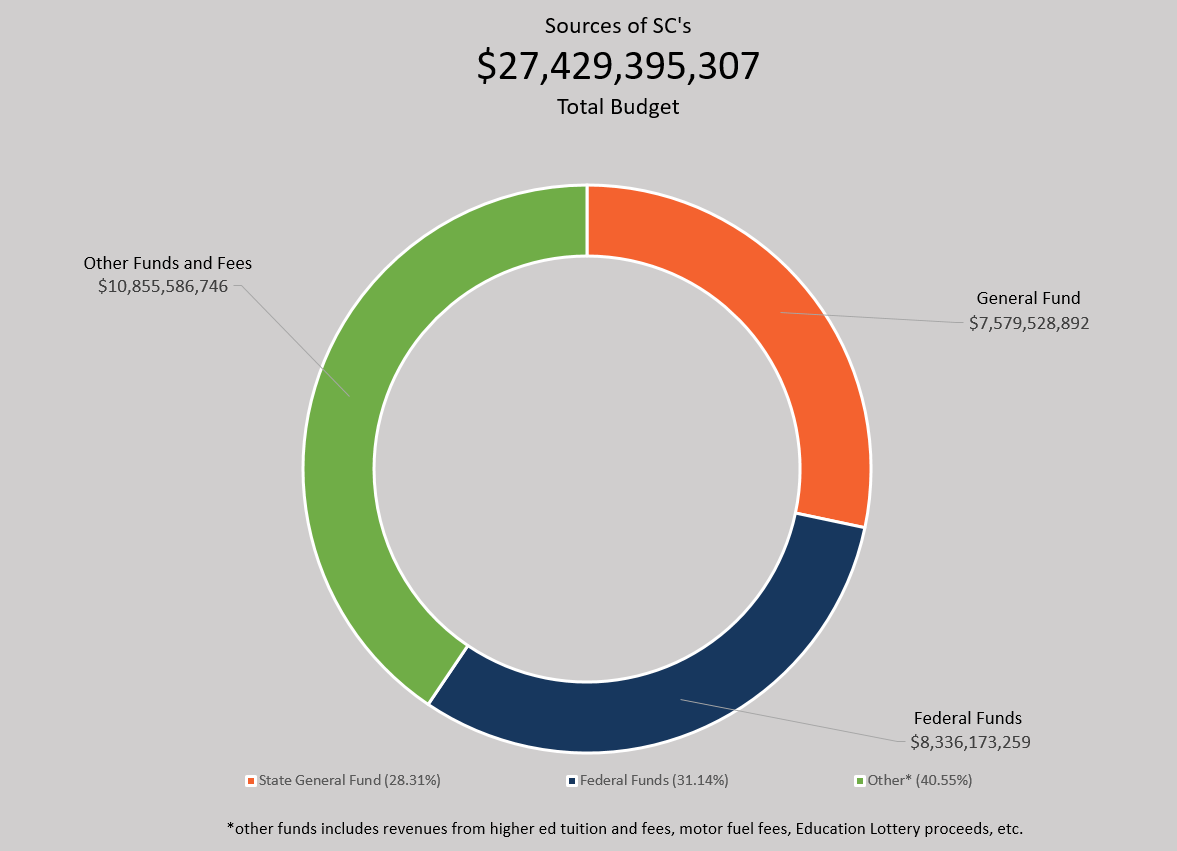 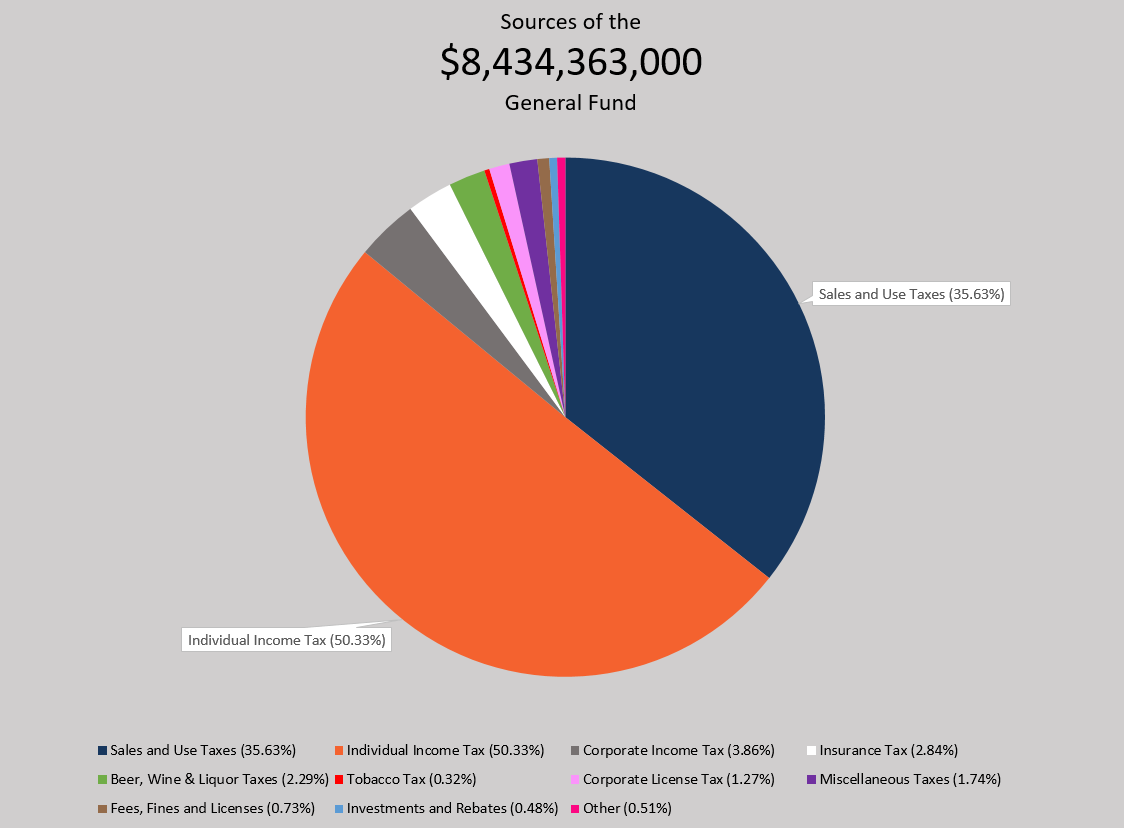 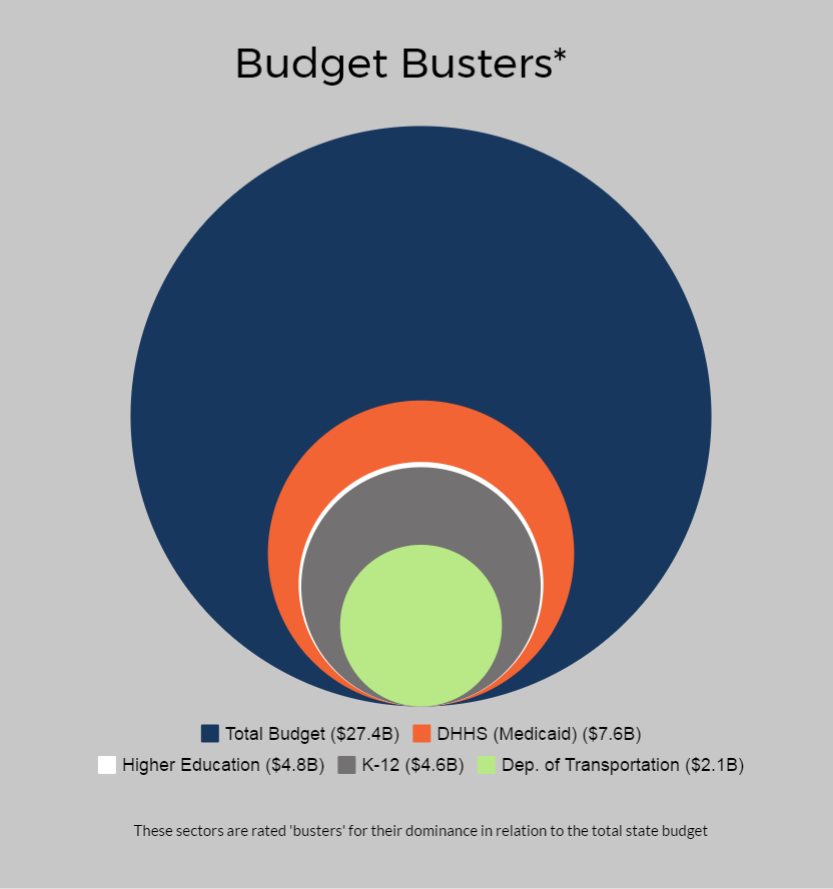 South Carolina’s public schools are supported by a host of education funding sources that have seen healthy growth over the years. But are taxpayers getting their money’s worth? A new study by the Palmetto Promise Institute reveals the disconnect between revenue and results when it comes to educating South Carolina kids. South Carolina’s 81 public

ExceptionalSC is unleashing hope for parents and students with exceptional needs. This week, it took a big step forward in the South Carolina House.

Saving for College? How About Middle School Too?

Learn how this one small provision of the federal tax reform law gives SC parents and students huge new flexibility.